I LOVE reading! I love to review books.
6 BOOKS

My Rating’s and Review’s 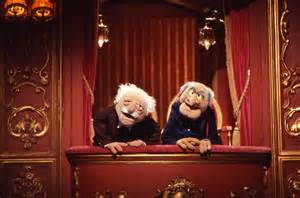 My Rating’s and Review’s!

Hello. I just want to tell a little bit about why I blog. I do so because I really enjoy reading and I like to talk about the books–good, bad, or mediocre–that I read. I judge fairly. I don’t base my opinions on hype or what anyone else says. I read a book because I want to and, when I review it, I say what I think.

Like any other reader, when I read, I look for a good book. I look for a story that flows properly, remains interesting, and entertains. I look for well-define character development and world-building. I appreciate someone who has a flavorful view of their tale and is unafraid to say what they want and need to say.

So, I cannot speak for others, and the quality of a book will always be subjective to the reader and their wants and likes. I can only say for myself whether or not I think the time spent reading a book was worthwhile time.

On October 25th, Julie Kagawga made two separate appearances at each of the Barnes & Noble in the Louisville area: the one at Summit Plaza and the one on Hurstbourne Lane. The latter she made in a group with four other local writers, Kelly Creagh, Colette Ballard, Betnany Griffin, and Katie McGarry. My husband and I went to both of them, as did two ladies who drove all the way from South Carolina, with two bags full of every book Julie Kagawa has ever written. During the first signing, Mrs. Kagawa was very friendly. She informed us that the other signing would take place later that day and even gave my husband some helpful advice on getting his own writings published. Those of us who went to the signing were able to purchase a copy of Talon before it was officially released

When we went to the other signing, there were more fans who showed up. All five authors held a brief panel, had their singings, and then had a drawing for a giveaway that each one contributed something to. I was personally hoping to get it because I wanted one of Mrs. Kagawa’s personally handpainted dragons. Unfortunatrly, neither mine nor my husband’s names were drawn. :(

But, I was introduced to Kelly Creagh, whose work is inspired by Edgar Allan Poe. She was very sweet and signed a line from Poe’s poem, “A Dream Within a Dream” inside the book of hers I purchased. Julie Kagawa took some time out to actually sit with us and carry on a conversation. Even once the signing was done, they all seemed to enjoy meeting with and conversing with their fans. They even purchased their own books for the giveaway. They were all class acts and I hope to meet any of them again. My husband and I had a lot of fun and look forward to more book signings in the future